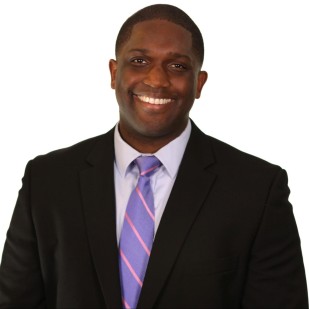 Ike Ejiochi is excited to join Fox 61 as a general assignment reporter.

Ike Ejiochi was born and raised in South Plainfield, right in the heart of Central New Jersey (Yes, that’s a thing!)

He grew up the last born of four children and considers himself a band geek at heart. Ike has been playing the saxophone since the fourth grade and believes 70’s Motown is the second greatest contribution to music, next to Jazz.

He grew up as a Jets, Mets and Knicks fan while everyone else in his family were Giants and Yankees fans. It’s a hard knock life.

During his graduate studies, Ike published articles for The Associated Press and CNBC covering everything from Connecticut gubernatorial races to NFL revenue structures.

After graduation, Ike moved to Joplin, Missouri where he works as a weekend anchor and reporter at KODE, an ABC affiliate.

During his time at the station, he’s won an award from the Kansas Association of Broadcasters for his report on fraudulent activity with the Goodman Fire Protection District.

When he’s not covering local news, you can find Ike working out or playing his sax.