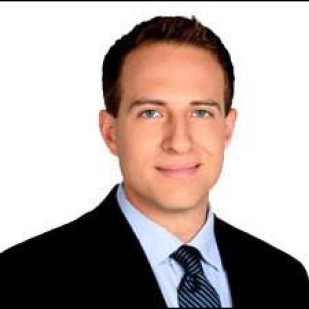 Beau Berman is a two-time Edward R. Murrow Award-winning and three-time Emmy-nominated Investigative Reporter for Fox CT News.
He’s also been recognized with multiple awards from the Connecticut Society of Professional Journalists and the Texas Associated Press Broadcasters.
In 2013, he broke the story of Justina Pelletier, launching a national discussion about parental rights and medical/government intervention.
Berman’s reporting on the Pelletier case earned him a 2014 Edward R. Murrow Award for Investigative Reporting.
Berman has covered some of New England’s biggest breaking-news stories including Super-Storm Sandy, the Sandy Hook Tragedy and the Boston Marathon Bombing.
His investigative stories have helped Connecticut residents recoup thousands of dollars, led directly to multiple state investigations and led directly to the arrest of businessmen charged with defrauding their customers.
Berman is committed to holding Connecticut’s government offices, businesses and other entities accountable. It’s the ‘watchdog’ function of the media that FOX CT believes in and prioritizes because viewers need to know that someone is watching out for their tax dollars and their personal budgets.
He protects his confidential sources and values their trust when they come forward with a story.
Beau joined the FOX CT news team after reporting for KOSA-TV in Texas, where he won the 2011 Edward R. Murrow Award for investigative reporting and more than ten Associated Press Broadcasters awards. That’s also where he interviewed oil tycoon T. Boone Pickens and the real, Erin Brockovich. In 2011, Berman was interviewed by the national NPR show ‘This American Life’ about his role in breaking several stories related to the trial of two nurses.
Prior to Texas, Berman worked behind the camera at WHVL-TV in Pennsylvania.
He was also one of 12 American journalists selected as a 2012 RIAS Berlin Kommission Fellow, spending two weeks in Germany, the Czech Republic and Belgium. He was also one of 30 journalists selected as a 2012 New England First Amendment Institute Fellow and he is now on the advisory board of the New England First Amendment Center’s Education Committee.
Berman is also an adjunct Professor of Broadcast Journalism at Quinnipiac University in Hamden when he’s not reporting at FOX CT.
In his free time, Beau volunteers with the Connecticut Nutmeg Big Brothers Big Sisters program as a mentor to an 11 year old in the Hartford region.
He enjoys travel, and thus far, has visited 15 countries on three different continents, including Portugal, Belgium and Zimbabwe.
Berman is a graduate of Penn State University and a huge Nittany Lions fan. He’s a former ice hockey player who now spends his free time on the basketball court or on the pavement training for his third marathon.
He lives with his dog, Benny, in the greater-Hartford area.