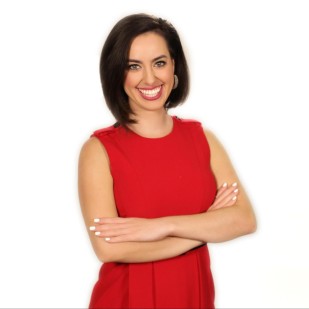 Esther is an evening news reporter at FOX 61. She comes to us from our sister station in Fayetteville, Arkansas.

While at KFSM, Esther was a field reporter and fill-in anchor. There she covered several prominent events like the LPGA Tournament, the Walmart Shareholders Meeting, and The Bentonville Film Festival. She covered a plane crash carrying a former Walmart CEO and dug into documents of a historical home of a famous aviator, set to be demolished. Her coverage was able to help save the house. She also covered many presidential candidate visits like Marco Rubio, Ted Cruz and Donald Trump.

Esther is a graduate of Temple University, in Philadelphia where she calls home. She studied Journalism, and is the self-proclaimed, Intern Queen, graduating with 15 competitive internships across New York City, Philadelphia and Washington D.C.

During her NBC News internship, she had the opportunity to help cover the election of Pope Francis and The Boston Marathon Bombings, which won the NBC News Specials team an Emmy Award during her time there. A writer at heart, Esther has written for Redbook, Cosmopolitan, Woman’s Day, Country Living and Philadelphia magazine.

Esther was inspired to become a journalist after watching Nick News with Linda Ellerbee, which was the longest-running kids’ news show in television history. Years later, as a sophomore in college, Esther was able to intern for the news show that motivated her career, working under one of her biggest mentors, Linda Ellerbee. While at Nick News, Esther assisted on-set at interviews with Seth Myers and at HBO Studios with Gloria Steinem. She is a strong believer in gaining internship experiences, and loves giving back by now helping student journalists get their start in the field.