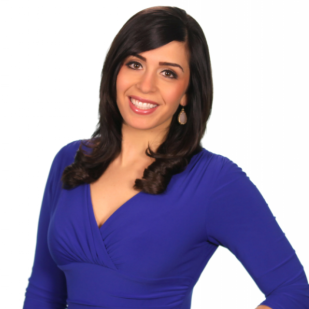 Jenna DeAngelis is an evening news reporter at FOX 61. She comes to Hartford after more than two years at the NBC Affiliate in sunny Myrtle Beach, S.C.

At WMBF News, Jenna was a video journalist where she would pitch, shoot, write, edit and report her own stories. On top of news, Jenna was a traffic reporter, fill-in anchor and investigative reporter. She dug into an investigation of a Horry County Detective who improperly handled 88 cases, leaving more than 120 victims, without justice. Jenna also worked tirelessly through the 2015 South Carolina Flood, and covered several presidential candidate visits including Donald Trump, Marco Rubio and Bernie Sanders.

Jenna’s news journey began at KYW, in Philadelphia, PA, where she worked on the assignment desk, covering national stories, like the Penn State sex abuse scandal.

She is a graduate of the University of Delaware where she studied T.V. Production and Broadcasting/Journalism. As a student, she completed five internships including News 12 Long Island, Fox 29 and KYW in Philadelphia.

Jenna grew up in Long Island, N.Y., where her family still resides. She is ecstatic to have a new home in Connecticut.