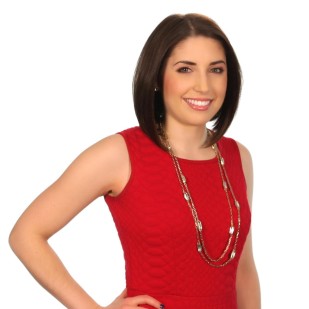 Katie Corrado is the weekend evening anchor and a weekday nightside reporter at FOX 61.
Prior to Hartford, Katie spent two years as the weekend evening anchor and a reporter at the NBC/CBS affiliates in Syracuse, New York.
She was the only Syracuse reporter live from the dedication of the 9/11 Museum at Ground Zero. Katie also reported during Hurricane Sandy and several Syracuse snow storms, and her live reporting during major flooding was recognized by the Syracuse Press Club. She also covered visits from President Obama, Bill and Hillary Clinton and the Dalai Llama.
Katie graduated cum laude from Fordham University in the Bronx, where she anchored the Fordham Nightly News and was named an Edward A. Walsh scholarship recipient. She interned with FOX5 (WNYW), CBS Newspath and the Investigative Unit at WABC.

Katie has wanted to be a broadcast journalist since the sixth grade, and is living out her dream. She’s happy to now call Connecticut her home.