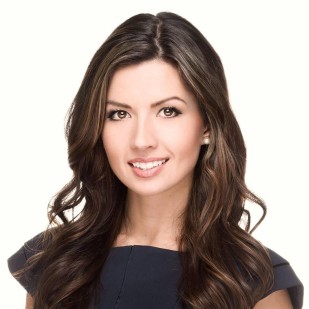 Born and raised in Connecticut, Maggie Slysz couldn’t be more excited about joining the FOXCT team in her home state.

Maggie has spent the last two years working on special projects for the station including hosting Northeast Living- an entertainment and lifestyle program, and the annual Holiday Wishes special. Prior to officially joining the morning news, she was a fill-in traffic reporter. Currently, Maggie is a news anchor and social media reporter. You can catch her anchoring the morning news every weekday morning at 4 am and 8 am, with reports on the top stories of the day in between.

Before coming to FOXCT, Maggie worked as a newspaper reporter for The New Britain Herald and The Bristol Press. Her Polish background came into play during the launch of the publication’s Polish language section, where she served as it’s sole reporter when the initiative began. Maggie covered hyper-local community stories entirely in the Polish language. Her role eventually transitioned into a multi-media based one with the start of the newspaper’s digital news. Maggie anchored daily headline news videos for the paper’s online content.

Maggie is a Central Connecticut State University graduate. While at CCSU, she tapped into her roots and studied abroad in Europe. Travel has always been a big part of Maggie’s life and it is her favorite pastime.

Maggie is proud of her Polish heritage and in 2015 she was awarded the title of Little Poland Ambassador by the Polonia Business Association for her efforts and contributions to the Polish-American community in Connecticut.

Maggie was named ‘Best Local Newscaster’ in the New Britain Herald’s ‘Best of 2015’ awards, as voted by readers.

Maggie eagerly looks forward to further connecting with the entire community across to state and hearing your stories.